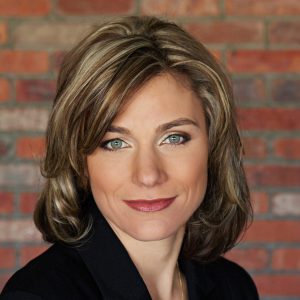 It’s always about the journey. That’s the message women’s hockey champion Cheryl Pounder seeks to instill in every audience she speaks to. Believing that learning from our successes, as well as our failures, is the key to staying on the path toward excellence, Cheryl shows audiences that true achievement is found on the way to winning gold.

Cheryl played on six of Canada’s World Championship Hockey Teams, where she was named an All-Star Defense-man in 2005. She was also voted the Top Defense-man at the 2002, 2004, 2005 and 2007 Canadian National Hockey Championships. Her greatest career accomplishments are her two Olympic gold medals from the Salt Lake City and Torino Olympic Games, and being crowned the International Ice Hockey Foundation World Champion six times.

Currently, Cheryl is a hockey analyst for TSN. She was also the colour commentator for the coverage of the women’s hockey tournament at the 2014 and 2018 Winter Olympics for both TSN and CBC.