On Wednesday, August 4, Garrett McFadden and McFadden’s Movement (MM27) donated $20,000 – $10,000 each – to CMHA WW and WES For Youth Online .The donation, which brings the running total donated by the Movement to over $78,000, comes just over a month away from the MM27’s fifth anniversary. 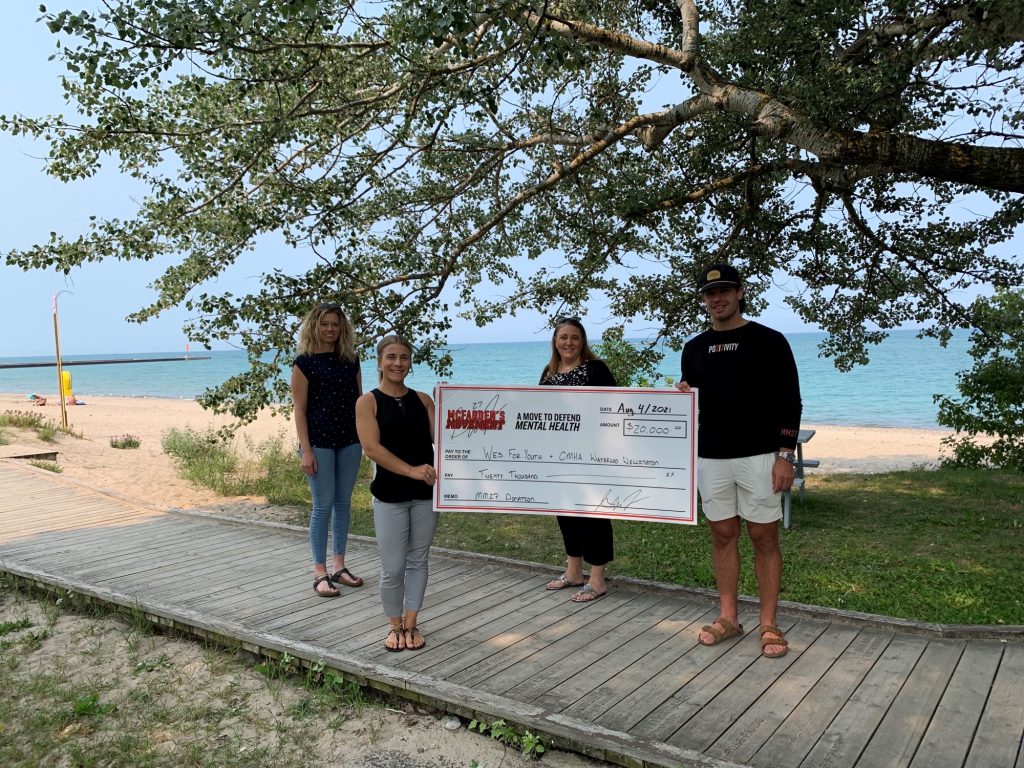 Continuing to pivot fundraising efforts mid-pandemic, the Movement was able to host its inaugural MM27 Celebrity Charity Golf Classic presented by Skyjack on July 26, 2021. The golf tournament, with an incredible showing of support from sponsors, former and current teammates, and participants, raised over $18,000.

“We are super excited to be able to donate to WES For Youth Online and CMHA Waterloo-Wellington again this year,” McFadden, founder of McFadden’s Movement shared. “With lots of hard work and navigating the pandemic it has definitely been a challenge, but something we were able to meet head on thanks to the support of all who have donated, come out to events, and volunteer their time to the Movement. We look forward to next year and keeping the conversation around mental health going.”

For the Movement, this year’s donation brings the official total donated to mental health resources past the $78,000 mark in five years. Following the 2016-17 campaign – the Movement’s first year running – McFadden donated $6,000 and followed it up with $20,000 in 2018. That same year, the Movement also donated $1,000 to the Saskatchewan Junior Hockey League (SJHL) in support of the Humboldt Broncos tragic bus accident. In 2019, McFadden made his second consecutive $20,000 donation, bringing his total to $47,000 in less than three years. In 2020, in the face of cancelling the MM27 Road Hockey Tournament and what was to be the inaugural MM27 Celebrity Charity Classic, the Movement still managed to donate $10,000 to mental health resources.

We are incredibly grateful to McFadden’s Movement for their commitment to fundraising for mental health resources in the community. Our CEO Helen Fishburn, shared a video with McFadden and the Movement in light of the cheque donation: